Note: This article contains 1,196 words and 1 image, with an estimated read time of 4 minutes.

I am not a huge fan of brainwriting, even though it seems to be the way for most organizations these days. Brainwriting is a method that can be likened to brainstorming or a trigger session. While there are several varieties of this practice, the general idea is that ideas are recorded by one person and then passed to another; thus triggering further ideas in the recipient. There are six brainwriting ideas, and they include:

Brainwriting is becoming quite popular with big organizations. Team members are required to write down their ideas for about five to ten minutes without discussing details with anyone else. After that, each person then reads out or shares their ideas with fellow team members. One person then writes each person’s idea on a notepad.

The second stage involves the selection of a favourite idea. Here, each individual selects their favourite from the discussion topics. Each team member will write their preference on a piece of paper, and the choices will then be tallied and documented.

It then falls on the team leader to choose the idea that made the most impact. The team leader does this by either choosing the concept which had the highest vote or selecting the one he or she finds most impactful.

While this seems like a fantastic way of getting people to think of brilliant ideas, there are some disadvantages to this technique. One such drawback is that it does not get to the root cause of a dysfunctional team or a problem. Let’s examine some of the effects of a dysfunctional team outlined in Patrick Lencioni’s book The Five Dysfunctions of a Team, to learn why brainwriting doesn’t reach the core of the issue.

A Dysfunctional Team is one without Trust

The fear of being vulnerable with team members prevents them from building the trust necessary for growth and progress.

This is not healthy as it leads to a lack of constructive criticism and productive ideological conflict.

Since there is an absence of clarity or buy-in, the team members have no way of contributing; but will instead decide to stick to decisions made even if they have a contrary opinion.

Avoidance of Accountability by Team Members

This occurs because team members avoid interpersonal discomfort, which would have made them hold one another accountable for their actions or inactions. Rather than speak out and correct, they would rather be quiet and condemn silently.

Lack of Attention to Results

Members are more focused on pursuing individual goals and achievement and would rather build their status than focus on the success of the team or the organization.

Rather than buy into brainwriting, which has several disadvantages,  organizations should instead pay more attention to brainstorming. When an organization is more focused on the behaviours of a cohesive team, they can engage in a productive brainstorming session that will go beyond just productivity; the session will also tap into and maximize innovations, ideas, and talents.

The Five Behaviors of a Cohesive Team Include the Following

Trust in Each Other

Members of a great team connect on all levels and have deep-rooted trust on both a fundamental and an emotional basis. They aren’t afraid of being vulnerable with one another but rather help each other become better even when mistakes are made. They are open with their fears, mistakes, weaknesses, and behaviors because they understand that they won’t be judged or their integrity questioned.

Team members aren’t afraid to engage in disputes geared towards the organization’s success. They will challenge each other, disagree, and even contest each other, but in the end, they understand that from disagreement comes growth. Most importantly, they comprehend the weight of controlled conflict and that minor issues don’t require such ardent attention.

Teams that engage in conflict around ideas are dedicated to decisions, even when there is an initial disagreement among team members. Every viewpoint is given due consideration, which helps to boost the confidence of team members. Inclusiveness is critical because members tend to offer their best insight and effort when they feel they won’t be ignored or disregarded.

Hold one Another Accountable

Team members that are committed to their decisions and talking openly about problems hold each other accountable for their actions and words alike.  What’s more, they do not rely solely on the team leader as the primary source of accountability, but can depend on other team members as well. This accountability helps to foster trust and build team values and relationships.

Accountability helps everyone feel involved and creates a network of responsibility within the team. When everyone holds each other accountable, the team flourishes.

Team members that trust one another, engage in conflicts around ideas, gain commitment to decisions, and hold one another accountable, are most likely to put aside their differences and shortcomings to work together towards achieving a common goal.

To them, status, class, ego, department, career, and all other things that could hinder their team’s success are put aside for the common good of the organization. Such people achieve outstanding success and are great team players.

A company that wishes to reach outstanding success must be willing to engage its members in brainstorming rather than brainwriting. While the former will achieve a better result and ensures a more cohesive and healthy work environment, the latter leads to disruption and resentment, which only serves to hinder everyone in the end.

Trust, communication, and teamwork are what separate effective teams from ineffective ones. By utilizing brainstorming sessions instead of brainwriting, your team will begin to truly understand the value of an organized conflict, working together toward a common goal, and holding each other accountable. The more cohesive and trustworthy your team is, the more your organization can accomplish.

As an authorized partner of The Five Behavors, I can help. Your teams can do better. The Five Behaviors is the only team development solution that empowers individuals through self-discovery and constructive behavioural modeling to rewrite the traditional rules of teamwork. With a 97% satisfaction rating among teams and organizations for their Five Behaviors Team Development experience, you can feel confident that it will not only satisfy, but deliver lasting change in your organization. I can help.

Kyle Kalloo is the Chief Executive Officer and Business Coach with Change My Life Coaching, Co-Founder of Change My Business Coaching and creator of the Get Profitable, Get Productive (GP2) Business Success System.  Through his management training and experience with McDonalds, Famous Players (Paramount) and WestJet, and with the ongoing learning and development he’s completed, Kyle has refined and perfected business success skills. He is eager to share how to execute them efficiently to help individuals and companies achieve even more of their dreams and create lasting change.  83% of Kyle’s business comes from referrals. 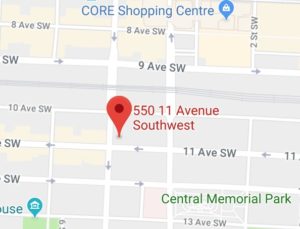 Click or tap here to get directions via Google Maps